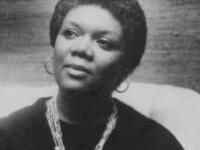 On the 10th anniversary of Lucille Clifton’s passing, join Enoch Pratt Free Library, the Clifton House, and Zora’s Den in a celebration of her generous spirit and writing. Writers will share poems and favorite memories of Lucille Clifton.

Zora’s Den (ZD) is a sacred space where Black women writers in search of encouragement and sisterhood can support one another in personal and professional growth. What started in January 2017, as an invitation-only Facebook group of twenty-two sister scribes, has grown to over two hundred women across the United States, and in various countries around the world. Zora’s Den welcomes and encourages its members to stand firmly in their identity as Black women writers.