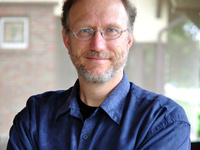 In 1844, Horace Wells, a Connecticut dentist, encountered nitrous oxide, or laughing gas -- then an entertainment for performers in carnival-like theatrical acts -- and began administering the gas as the first true anesthetic. His discovery would change the world, reshaping medicine and humanity's relationship with pain. But that discovery would also thrust Wells into scandals that threatened his reputation, his family, and his sanity -- hardships and triumphs that resonate in today's struggles with what hurts us and what we take to stop the hurt. In The Strange and True Tale of Horace Wells, Surgeon Dentist: A Novel, Michael Downs mines the gaps in the historical record and imagines the motivations and mysteries behind Wells's morbid fascination with pain, as well as the price he and his wife, Elizabeth, paid -- first through his obsession, then his addiction.

Michael Downs is the author of The Greatest Show: Stories (2012) and House of Good Hope: A Promise for a Broken City (2007), which won the River Teeth Literary Nonfiction Prize. His debut novel, The Strange and True Tale of Horace Wells, Surgeon Dentist (Acre Books, 2018) tells the story of the 19th-century man widely credited with discovering painless surgery. Downs is the recipient of fellowships from the National Endowment for the Arts, the Maryland State Arts Council, and the Greater Baltimore Cultural Alliance. A former newspaper reporter, Downs is an associate professor of English at Towson University.

It is January 2017 and Bill has hit rock bottom. Yesterday, he was William M. Katzenelenbogen, successful science reporter at The Washington Post. But things have taken a turn. Fired from his job, aimless, with exactly $1,219.37 in his checking account, he learns that his college roommate, a plastic surgeon known far and wide as the “Butt God of Miami Beach,” has fallen to his death under salacious circumstances. With nothing to lose, Bill boards a flight for Florida’s Gold Coast, ready to begin his own investigation -- a last ditch attempt to revive his career. There’s just one catch: Bill’s father, Melsor.

Melsor Yakovlevich Katzenelenbogen -- poet, literary scholar, political dissident, small-time-crook -- is angling for control of the condo board at the Château Sedan Neuve, a crumbling high-rise in Hollywood, Florida, populated mostly by Russian Jewish immigrants. Melsor will use any means necessary to win the board election. And who better to help him than his estranged son? Featuring a colorful cast of characters, The Chateau injects the crime novel genre with surprising idiosyncrasy, subverting it with dark comic farce in a setting that becomes a microcosm of Trump’s America.

Paul Goldberg’s debut novel The Yid was published in 2016 to widespread acclaim and named a finalist for both the Sami Rohr Prize for Jewish Literature and the National Jewish Book Award’s Goldberg Prize for Debut Fiction. As a reporter, Goldberg has written two books about the Soviet human rights movement, and has co-authored (with Otis Brawley) the book How We Do Harm, an expose of the U.S. healthcare system. He is the editor and publisher of The Cancer Letter, a publication focused on the business and politics of cancer. He lives in Washington, D.C.