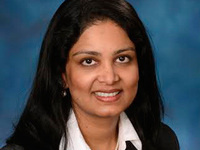 Being a Woman Surgeon, the first anthology of its kind, consists of contributions by a multidisciplinary group of female surgeons. This compilation of essays, interviews, and poems captures the essence of being a woman in a demanding medical field and offers vivid portrayals of the culture of surgery from a woman's perspective. The contributors, some of whom are from Baltimore, are of different ages, races, cultures, and backgrounds and represent various surgical specialties.

Dr. Preeti R. John, editor of Being a Woman Surgeon, is a critical care surgeon at the Baltimore VA Medical Center and clinical assistant professor in the department of surgery at the University of Maryland Medical Center.

Writers LIVE programs are supported in part by a generous gift from PNC Bank.